A dashcam is a small hand held camera fitted for cars. It's meant to film all the ongoing traffic for witness and eventually keep films in case of an accident. This one is a low priced Chinese one (around €30 in may 2017). It works as well as rear view cam when making rear with the car and may be allowed to scan the car surrounding when stopped, but in this mode it have to be fed through a spare battery because it could dry out the vehicle battery and let you short of starting way.

Here you can see the two sides of the actual dashcam and the rearcam. All this is provided with the necessary threads. At the time I write this, I do not yet have installed it in the car (but I already installed many others), so I can't say for sure how it works on the field. 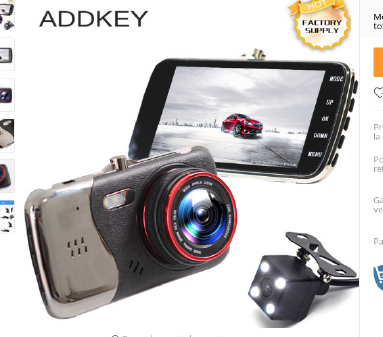 But it have a special thing from usual rear cameras, it can works with rear cam always on. One can choose between front, rear, split screen (left and right) or pip (rear in a small windows). But the rear cam come with two thread to connect to rear brake bulbs and the other to the negative of the car, so it may also be triggered by the rear shaft.

In the (very nice, fitted for a gift) box, there is also a small manual, almost useless as it do not even fit the actual camera...

My camera don't have any GPS inside, nor have any zoom (even if it's said to have one), that said a numerical zoom is of no use as it's only a move that can be done afterward on the computer.

There is a "license plate" option in the menu, I don't really understand. It looks to be a way to have the car license plate in the videos, but the option do not fit European plates, so unuseful.

The device itself seems to works pretty well, as described in the advertisement, but it needs a TF card, better use a 32Gb one (said to be the max, micro form factor). However, the one I ordered and received with the device... was a fake. Check all with h2wtest (wiwdows) or f3write (linux): 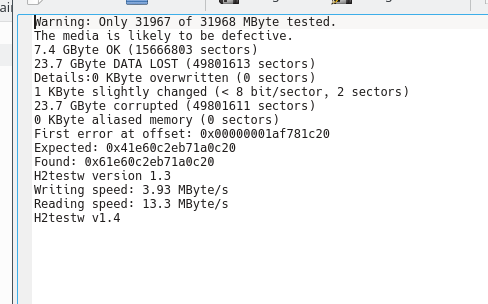 The battery is mostly there to keep the setup, because in normal mode it lasts only 5 (five) minutes...

Time to switch the device on. I did my tests with an usb charger or a large external battery 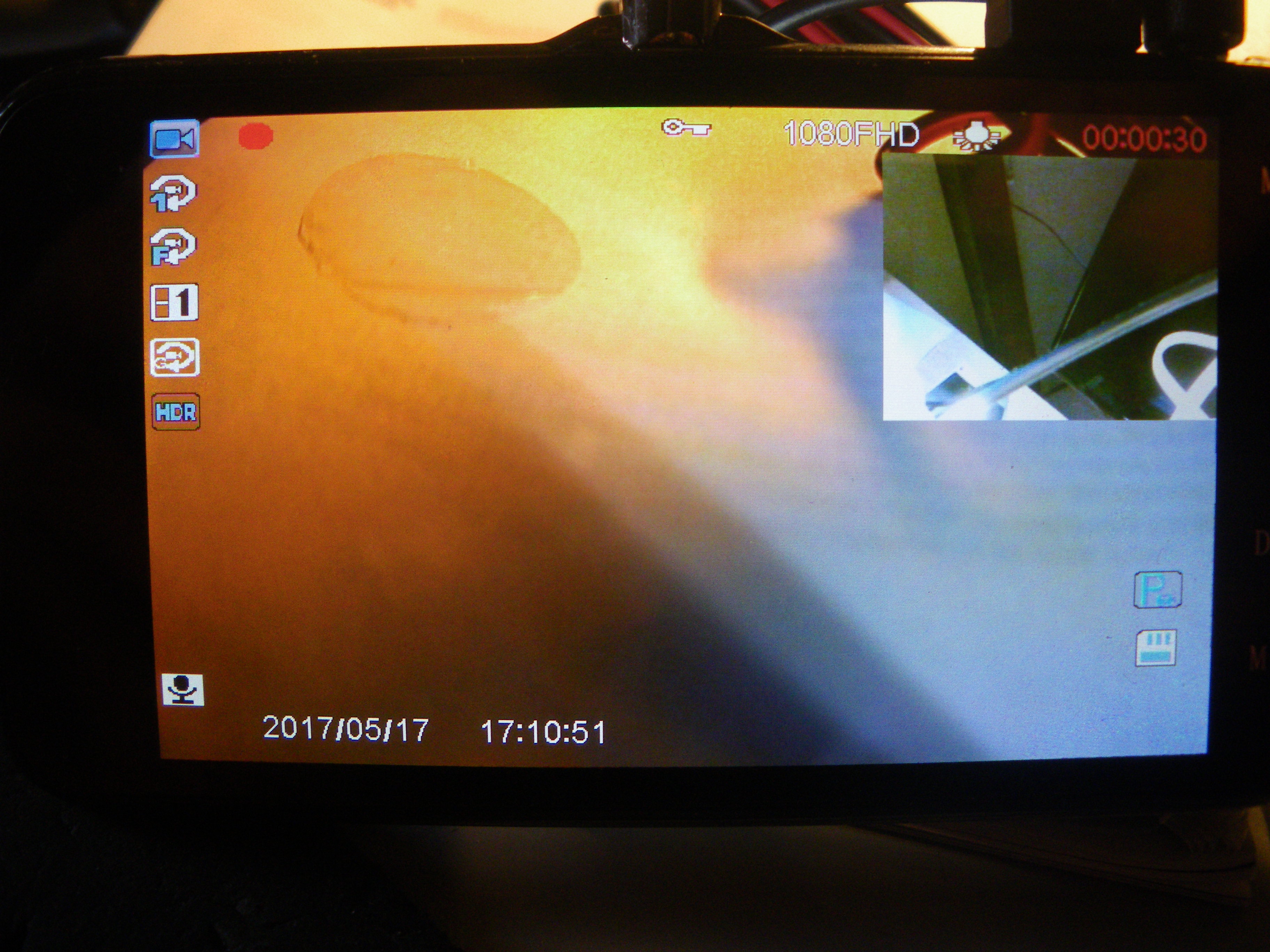 The use of the device is somewhat disconcerting, but once setup you shouldn't have to deal with it. As you see in the photo, it displays many icons of little use. The keys are on the right is you set the device with support above (to be hidden after the rear view mirror). You get five keys: mode, up, ok, down, menu.

Don't believe the manual that says you have to hold the menu key to get the menu. You have in fact to press the menu key normally, but when the camera is stopped... and this needs most of the time pressing "ok". A second menu press go to the second menu page. The first page is different for the video, photo or read mode.

You can scan the menu options, the only important is the time/date, the others use at your feeling. There no french on my device, but I don't care is there is English.

The parking mode is the mode where the camera starts itself it is sees somebody moving. Notice that the camera uses around 0.5A when working, so if you let this mode and connect your dashcam to an always on car plug you may drain your car battery off on few days. I am to try the following system: connect the dashcam to an external solar battery, and the battery to a car plug only on with the vehicle. The worst that can come is when the external is out, but it will only stop the cam, not the car.